What makes a bar our “favorite” bar depends on our likings and is very much aligned with our daily choices. If we are a high-end cocktail type of person, a speakeasy bar would usually be our first choice. If we are more of a beer and games type of person, we prefer a sports bar where we can also enjoy watching sports games.

Many bar owners spend months creating the “perfect” venue and pay attention to most of the details but often ignore one of the essential parts of a bar experience; the soundtrack for bars that aligns with their brand and their customers.

In this article, we’ll talk about different types of bars, their target audiences, and what kind of music programming would best fit these venues. 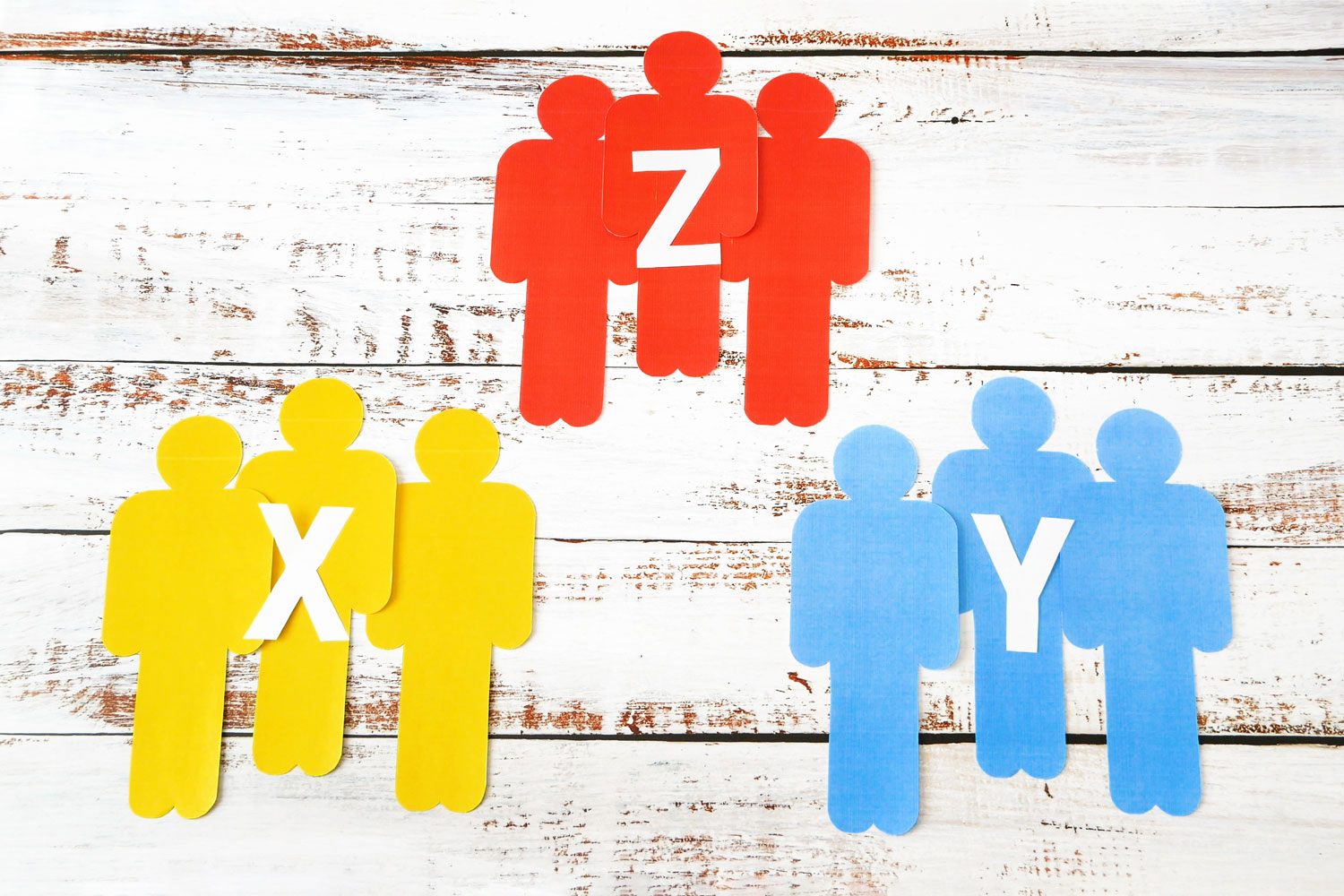 One of the crucial parts of creating the soundtrack for your bar is knowing your target audience. The following well-researched information can help you to find suitable playlist programming for your restaurant or bar.

The soundtrack of Gen X ranged from dance to pop music, punk to glam rock, new wave to Eurobeat, alt-rock to rap. Then there was the “grunge” music in the early 90s that emerged from Seattle. It wouldn’t be wrong if we called Gen X music a “mixtape.”

If your bar’s audience fell under this category, playing a mix of different genres will create a vibe that will make all your customers happy.

You can schedule multiple playlists for a rotation of different genres and artists. Some will like Nirvana, some TLC, and others will like Fatboy Slim. Regardless of their choice of artists, hearing familiar music from their youth will make this group happy and generate returning customers.

Millennials are more diverse than the Gen X generation, and their musical taste reflects this diversity. Their favorites include traditional genres like R&B, Hip-Hop, and Top 40 Pop. However, this generation loves their K-Pop, J-Pop, Regional Mexican, Bollywood, and Contemporary Spanish music as well. It is no surprise that today’s charts include multicultural artists like BTS, Bruno Mars, Selena Gomez, Bad Bunny.

However, it is important to remember that this generation has split into two groups for marketing purposes. Gen Y.1 includes the younger generation in their early adulthood, aged between 25 to 29 years old. Gen Y.2 consists of the older generation who have mostly settled down and have families of their own, aged between 30 to 40 years old. These two groups have different likes, interests, and priorities.

If your target audience falls into this group, it’d be a good idea to stream mix genre playlists from the 80s to the present day like 50cent, Rihanna, Lady Gaga, Justin Bieber.

Including multicultural artists like Blackpink, Daddy Yankee, and Anderson. Paak will align with the younger and diverse generation of this group.

Gen Z population is the most diverse generation yet. 21+ years old young adults who can enjoy a bar music scene are either in their senior years in college or young professionals motivated by career and salary. Besides being the most diverse generation, a study by Spotify shows that they are also the most curious generation. They are open to discovering older tracks and bands that their parents or grandparents used to listen to back in the day.

Billboard’s Hot 100 playlist can give you a great sense of understanding what this generation likes. It’s not a 100% definition of what Gen Z listens to, but it is a great starting point.

The current Hot 100 chart has R&B, Pop, Hip-Hop/Rap, EDM, Latin, K-Pop, and Country music. A playlist of top chart songs mixed with some older generation music would be a great choice, like; Joan Jett and the Blackhearts’s “I Love Rock ‘N Roll or Selena’s “Amor Prohibido.” 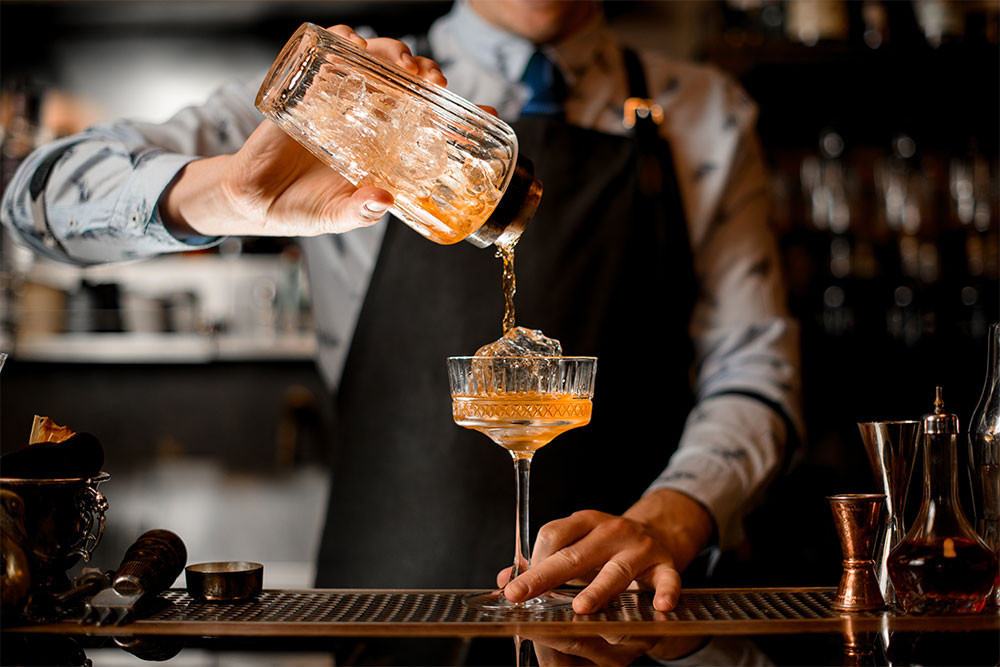 Types of bars range from dive bars to high-end cocktail bars, and there is a difference between pubs, inns, taverns, lounges, and speakeasy bars. For that reason, the “one fits all” type of music is no longer an option, and you shouldn’t settle for that!

When creating a playlist program for your bar, it’s essential to know what type of vibe and atmosphere your clients expect when they visit your business. Suppose it’s a speakeasy bar, which provides a unique way of experiencing the past; your clients are probably expecting a type of music that reflects the “Prohibition” era. Playing current top chart songs will not make a great impression. We recommend “Vintage Jazz,” which includes the 20s & 30s classic Jazz tracks.

For a sports bar, we recommend uplifting, high-energy playlists in mixed genres. A playlist schedule consisting of Classic Rock, Pop, Alt/Indie, and Adult Contemporary would be a fitting choice.

For lounge bars, it’s always a good idea to play downtempo electronic music, which is usually referred to as “Lounge Music” or “Chill-Out”. Depending on the clientele, you can include some “Nu Jazz” and “Bossa Nova” in the mix.

It’s important to know what your customers are expecting when they visit your business. Knowing your clientele will help you put together a music schedule that will align with your business and help with increased sales.

When you are in doubt or don’t know where to start, you can always consult with one of our music programming experts. They will be happy to assist you in finding the fitting soundtrack for your business.

Try Jukeboxy for free today; no cc is required during sign-up.

« Why Should Audio Ads Be a Part of Your Advertising Strategy in 2021? » Background Music for Business: Can I use Spotify, Apple & Others?